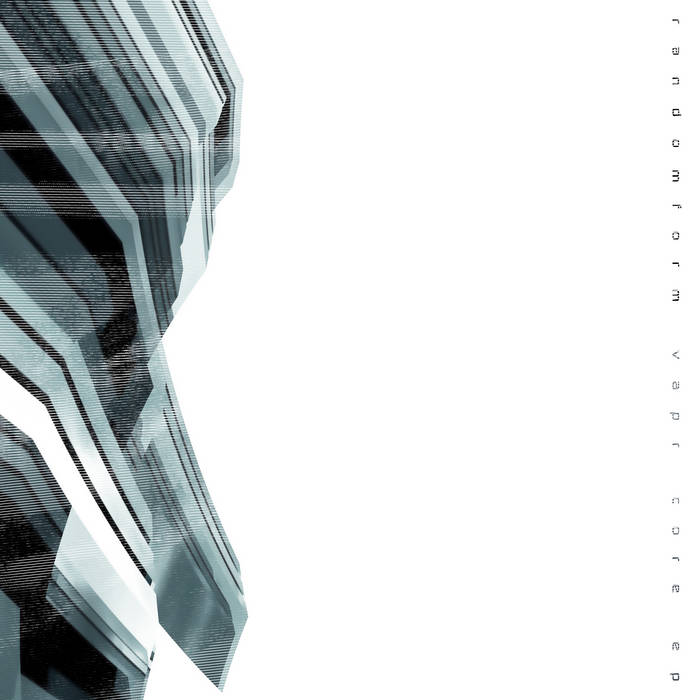 Perhaps it’s the fact that Randomform‘s Vapr Core and Richard Devine‘s Risp EP’s—each composed of four highly-detailed pieces—were released around the same time that lends itself to (obvious) comparison. In as much as I’d like to avoid doing so, one can’t help but feel compelled to meld the two in a seamless flow of mechanical buzzing. Where Risp delves into a void of emotionless yet adventurous tentacles of audio destruction, Vapr Core contains a more human element to it. Opening with “Rellic,” Randomform tosses out a swarm of digitized insects inhibiting a space of their own as they digest the wires feeding their own environment. “Treact” unfolds itself in a sea of muddy snips and snaps darkened by low-rumbling synth effects. The nine-minute “Vapr Core 2.4″ breaks through the ashes and carries with it an industrial pulse of disjointed rhythm bursts continually expanding into new formations. Its beat punctuated by crunched slivers, this epic transmission of future worlds is technically packed as it gradually breaks down. “4.6ycle” oscillates acidic fractures buried deep in the undergrowth of windy effects, slow-cooked percussion and sonic distortion. And as you contrast the skills of both musicians (I can only imagine what a collaboration would yield), what differentiates the two is how Randomform is able to coherently marry decayed electrical activity to sheets of leavened glitch instead of just driving modular machinery. Either way you slice it, Vapr Core is technically flawless as it cracks circuit-boards in an already saturated field of experimentalism. There must be something in the Romanian air that allows this prolific musician to consistently craft exuberant soundtracks for C-3PO’s living quarters.
[ igloomag.com ]

Starting the year in fine style; Romanian artist Sorin Paun drops a beautiful 4 track statement for Brainstormlab.
Entitled Vapr Core, recording under his Randomform alias, it’s a razor sharp, pure precision collection of sound.
From the opening sub zero placed synth on Rellic into its fractured lattice of electronics forming the percussive structure, you know this EP will be a great listen.
The 9 minute title track Vapr Core 2.4 takes centre stage with abstract glitch guilded digital machine flux. The sounds on Treact are wetter in construct, leading to my next few words; that it feels nautical, almost, particuarly with how Sorin works the synth and its subsequent flow over time.
Finally 4.6cycles takes a more punishing route with harder and bruising beats together with the clinically clean and crystal refined sound design Sorin excels at.
[ darkfloor.co.uk ]

Bringing you that post 2013 sound via self contained bio-rhythmic hypercubes conveniently pre-digitized as audibly re-informative capsules of ear canal filler, is Randomform's "Vapr Core EP". This shit's IDM to the jagged metal teeth, not only the sound though; everything from the classic psuedo-architectural graphics through the track names "Rellic", "Vapr Core 2.4", "Treact", and "4.6ycles".
[ thismusicisfree.blogspot.ro ]

This release is under creative commons: by-nc-nd
creativecommons.org/licenses/by-nc-nd/3.0